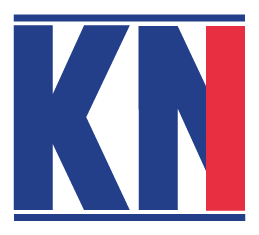 Hartmut Kremling has more than 30 years of experience in telecommunications industry. He held multiple leadership positions in Operators like the head of customer service of Mannesmann Mobilfunk, the CEO of tele.ring Austria and the CTO of Arcor in Germany.

He was a member of the board for Vodafone Germany from 2004 to 2013 where he was responsible as CTO for Network and IT in Germany and later also for Vodafone Central Europe (Czech Republic, Hungary, Germany, Netherlands).

Mr. Kremling is a real veteran of mobile networks: from 1990 where he build out the first GSM network as a regional director of Mannesmann mobilfunk in Dresden for East Germany from scratch to deploying 3G and 4G networks as a CTO across whole Germany.

In his last role Hartmut Kremling had the mission to accelerate and shape the development of the next mobile standard 5G as Vodafone Ambassador. He is facilitating strong collaboration between Operators, Universities, Network Equipment Providers, the Government and the Industry to define new mobile applications and drive standardization.

Now he is working as an independent advisor, focussing into 4G+, 5G, IoT, Self Driving Cars and Fiber networks.

Additionally he is Chairman of the management board of the “Vodafone Enterprise” Plenum in Germany which has the objective to create value for enterprises through digitalization of business processes.

In June 2016 Hartmut Kremling received the award „Manager of the year“ from the telecommunications magazine „Connect“ in Munich.

Hartmut Kremling hold a degree in information technologies of the Technical University of Chemnitz.